When you are running out of vegetables, you can always go for making kadhi as it only requires besan and curd in the preparation. Kadhi can be made in a variety of ways. The best part is you can modify it according to your taste. Like you can make simple kadhi or add pakoras or spinach or onion as per your taste.

Generally, people start making kadhi pakora with tadka followed by adding batter to it but my way of preparing is first making the batter and then adding tadka to it. It not only enhances its taste but also gives it a beautiful texture.

Another benefit of this way of preparation is that if someone doesn’t want Kadhi with tadka, it can be used even without tadka keeping the whole procedure the same. You can also use buttermilk in place of curd in the preparation of Kadhi.

Kadhi can be served with roti, poori, paratha, bajra(millet) ki roti, rice, bajra ki khichdi. It is also prepared in Annkoot(which is celebrated on the next day of the Diwali festival in North India). 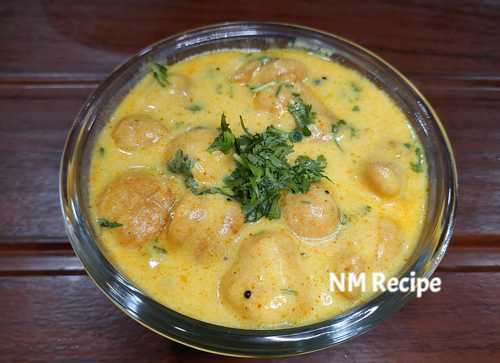 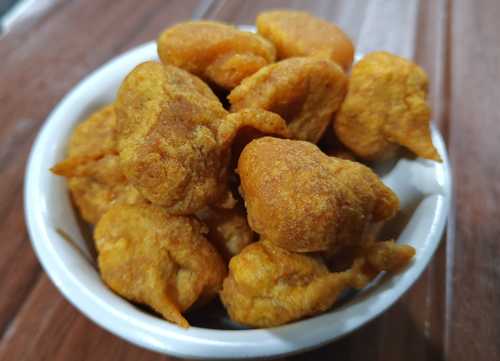 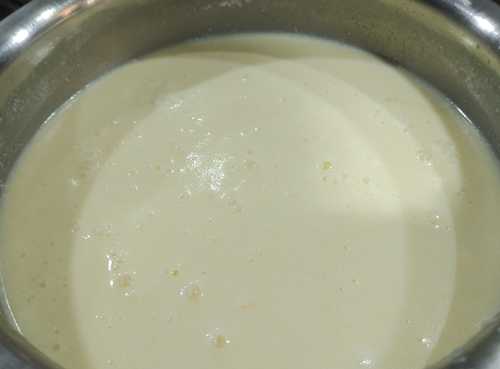 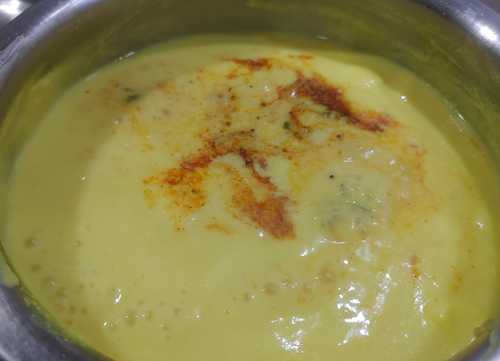 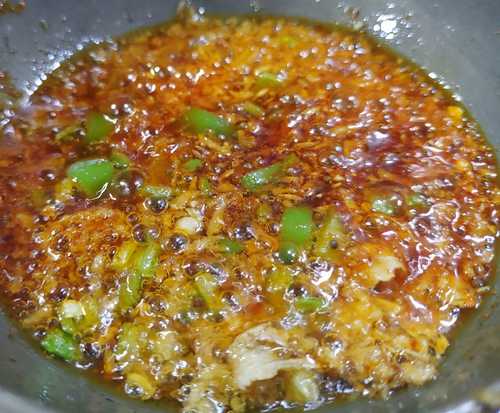 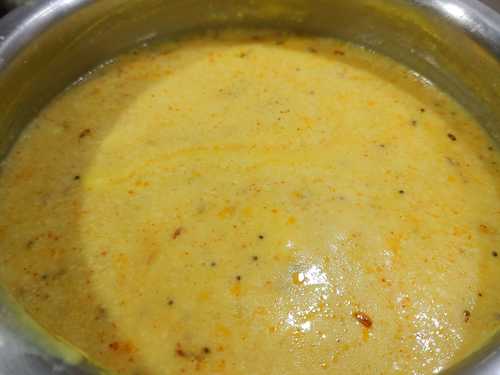 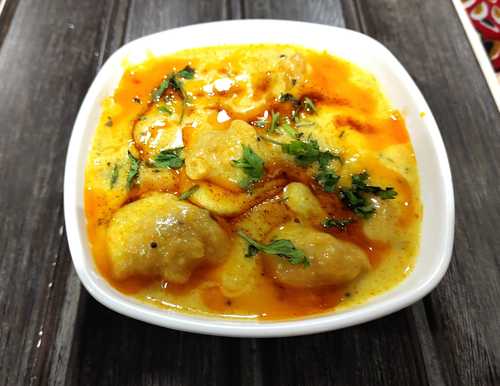 which add magic to your recipe!!!

Stir constantly till one boils otherwise besan and curd will separate and kadhi will get spoiled.

Use sour curd for better results.

You may use buttermilk in place of curd.

You may add water in kadhi to make it of the desired consistency.

You may add Nimbu Sat(taatri) to increase the sourness of kadhi.

Always use baking powder in pakora instead of baking soda.

You may use onion in tadka as per taste

You may also use curry leaves for tadka.

To enhance taste, you may pour 1 teaspoon ghee in one bowl of kadhi at the time of serving.

Glad to Know! Thanks